As a lobbyist with a background in marketing, Karyn Inzinna Thornhill always says she ended up with the ultimate sales job… 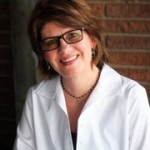 Memphis native Thornhill moved to Mississippi in 1994. She worked in various marketing firms and, after giving birth to her son, Anthony, now 19, Thornhill began to dabble in politics. The taste of the political arena, paired with her desire to do more, drove Thornhill to found Inzinna Consulting in 1997.

One of her more notable recent achievements includes human trafficking legislation in Mississippi. Affected by a trip to South Africa in September 2012, Thornhill came back to the states with a renewed sense of purpose.

Moved to action, Thornhill formed a group with business associates and fellow lobbyists to enact legislation that would deal a blow to human trafficking violators.

“It was a very non-partisan effort by a wide variety of Democrats and Republicans, agencies, lobbyists and legislators,” Thornhill says. “So many groups of people came together to do something just because it was the right thing to do. No political gain, financial gain—no partisan politics.”